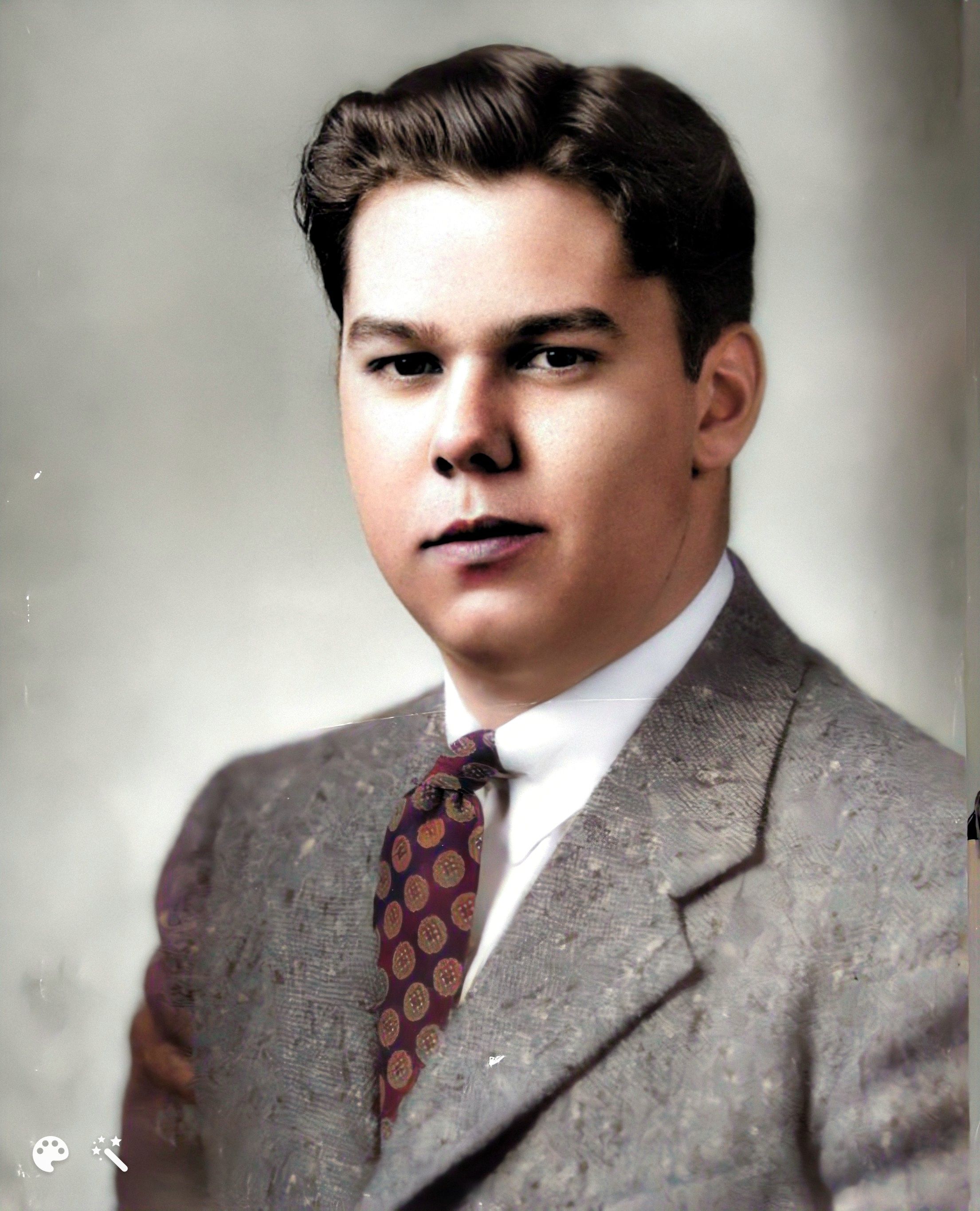 killed in action on April 14th, 1945 near Rochlitz, Germany. John was born on June 18th, 1922 in Canton, Ohio. John enlisted on February 7th, 1943 and received training at Camp McCain, Miss, Ft. Jackson, SC and Ft George Meade, MD, before going overseas in May of 1944.
He was a member of St John's Catholic Church and the Knights of Columbus and was graduated from St John's Highschool. Before he was inducted into the army he was employed by the Canton Drop Forging & Mfg Co.

After going overseas he ended up with the 44th Armored Infantry Battalion of the 6th Armored Division. When he was killed he was a squad leader in C Company.

On May 9th, 1945, about a month after his death, David G Colwell, one of the Chaplains with the 6th Armored Division wrote a letter to John's parents:

It is with great sorrow that I write to you concerning the death of your son, Staff Sergeant John R Rutter, 35601235, who was killed in action on 14 April, 1945.
John was killed during an attack on a bridge over the Mulde river at Rochlitz, Germany. The attack was carried forward against determined German opposition. His squad was fired upon by enemy infantry as they neared the bridge, and Sgt Rutter was shot through the head by a German infantry man. His squad carried on and successfully captured the bridge. Capturing the bridge intact was a great victory for us as we needed the bridge badly, and possession of the bridge greatly facilitated in the subsequent operations. The success of this operation was due, in a large measure, to the skill, leadership and heroism of your son, whose men reflected great credit upon him.
I know that nothing I can say will mitigate the pain and loss that you have suffered in your son's death. However, I do pray that God will be very near to you and will be with you as you pass through the valley of the shadow of death.
All the men here who knew John personally count themselves as fortunate in having had such a good friend, and they miss him keenly. Those who served under him in his squad will always remeber him with affection and respect as a fearless and selfless leader. We feel that a faithful friend and a fine comrade has gone from our midst and we are the less for his going.
Last week, the battalion had a very meaningful memorial service for its dead, at which time all names of those who have died for their country were read off. In conncetion with the memorial service, there was also a requiem mass.
John was buried in the US Army Cemetery in Eisenach, Germany, with an American Catholic Chaplain conducting the burial service. He was given the full milirary honors of his grateful country, as is due to one of our heroes., of which he is one.
The officers and men of this battalion send to you through me their deepest sympathy. I'm sure that your faith in God the Father and our Lord Jesus Christ will see you through your time of great need. May God bless you always is my fervent prayer.

On June 9th, 1945, John's platoon leader, 2nd Lt Bruce H Long, also wrote a letter to John's parents in which he gives some more detail on the circumstances of John's death:

I am writing this more informally than the usual replies to such letters as yours, but as John's platoon leader, I feel that I can best give you the details of his death.
John was always the highest type of soldier, in fact one of the finest I have had the privilege to meet. His courage was always an inspiration to those around him, never hesitating, he carried out his part of the war. His thoughts were of his men, not himself. You may take interest in knowing that he was awarded the Bronze Star (posthumously) for meritorious service.
It happened on the afternoon of April 14th when his platoon had the mission of obtaining a bridgehead across the Mulde River at Rochlitz, Germany. At the bridge site, we recieved very heavy small arms fire. John attempted to build up a base of fire on the bridge and was shot by a sniper in the head. His death came very quickly and he felt no pain at all. He died gloriously, if there is such a word when speaking about war and death. His death has been mourned by many men in the Company, especially those of his squad.
His promotion came shortly after Benonchamps, Belgium, where his squad leader was hit. He always carried his responsibilities high and at several times he was acting platoon sergeant. He declined further promotion in favor of another man, whom he considered more capable.
I am sure the men in his squad would appreciate the radio and prize it highly. If you would care to send it to me, I will see that they receive it, however, please don't go to any trouble to send it.

I hope this letter has helped you. I am proud to say that I knew John as a man and a soldier. If there is anything I can do to be of further assistance, please don't hesitate to write me personally. 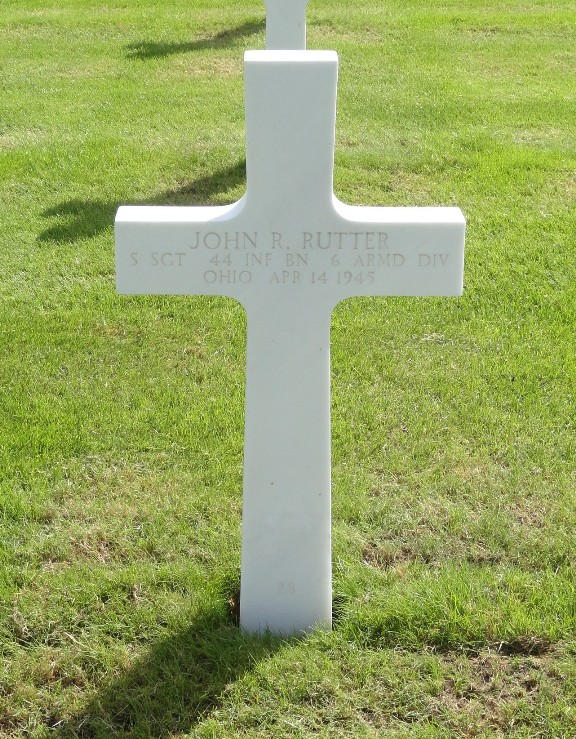 The Bronze Star that was awarded to John postumously 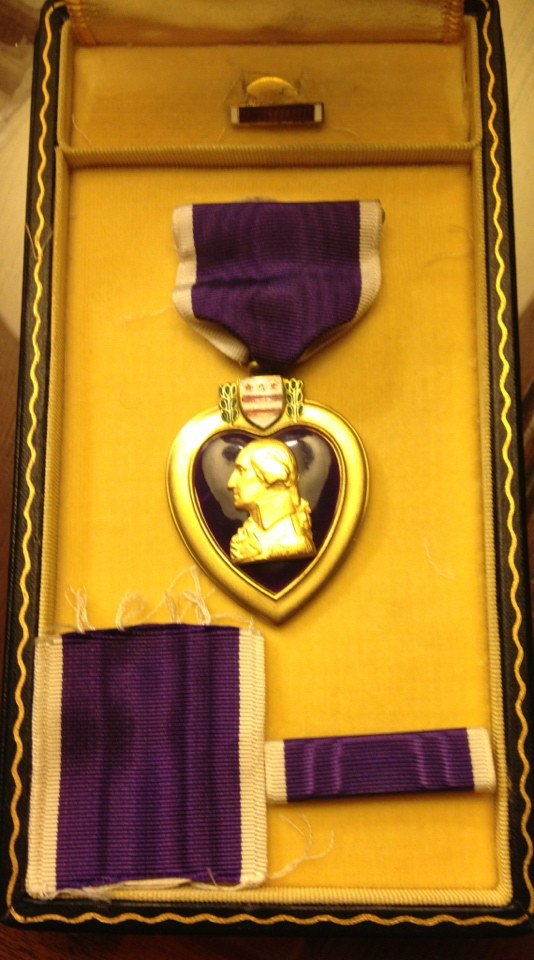 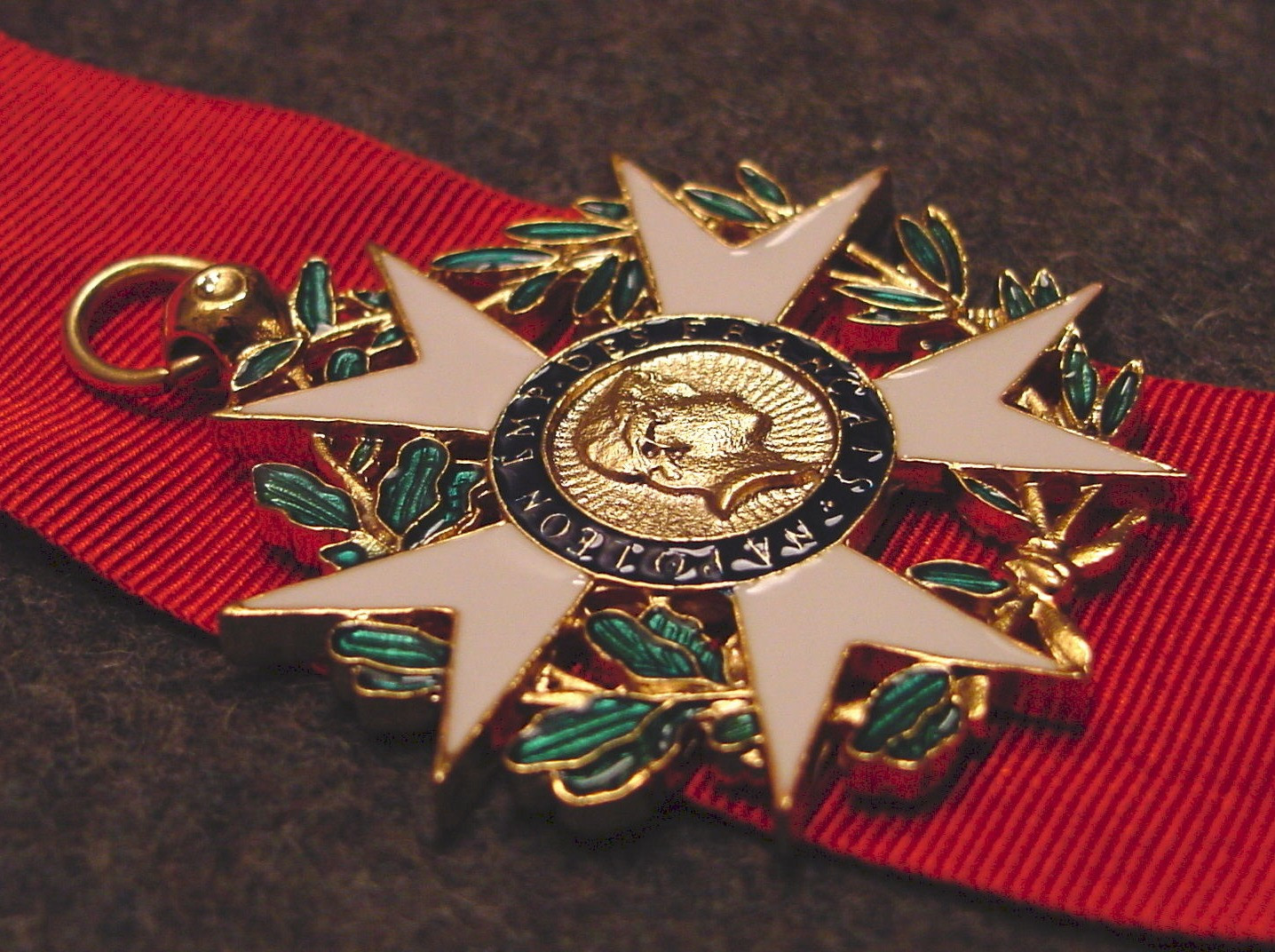 Cyrus Shockey isn’t one to talk up his military service

“My job, rather than riding around with a tank all the time, I rode around with the general” 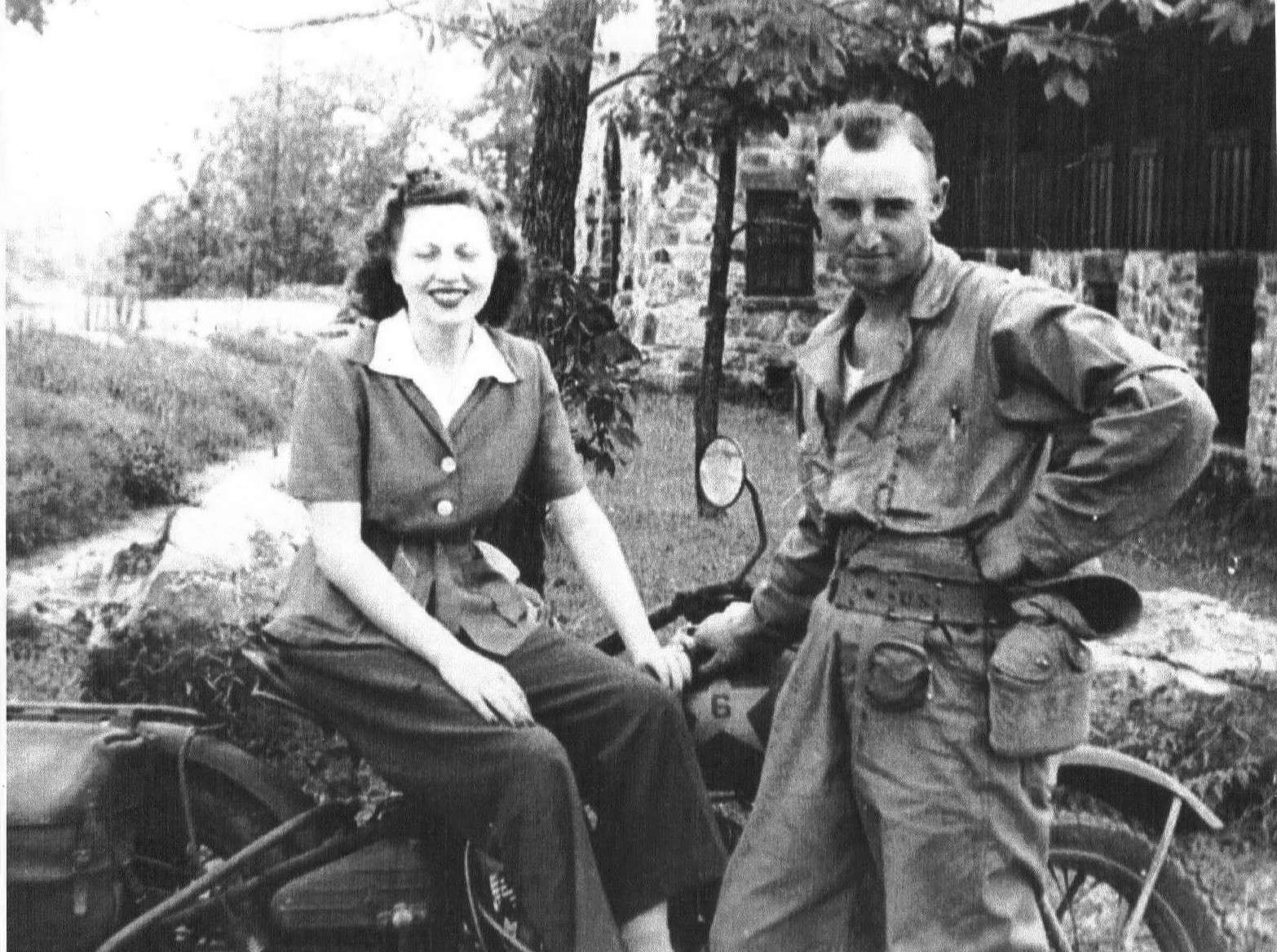 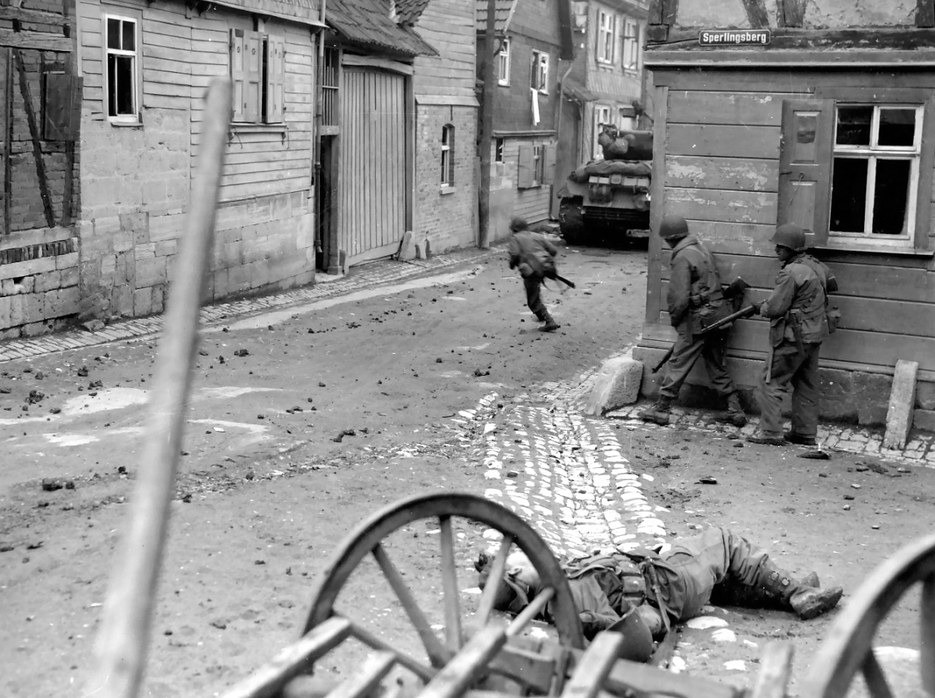